"Game of Thrones" and the value of honor

This week’s episode of HBO’s “Game of Thrones” included a brief moment in which one character discusses the value of honor in a fight. In so doing, it recalls one of the show’s more iconic moments from an earlier scene — and complicates that scene’s apparent message. Spoilers, as well as gruesome images and a brief discussion of rape, after the jump:

In the first season, Tyrion Lannister has been taken prisoner and is forced to choose a trial by combat to save his life. Tyrion’s champion of necessity is Bronn, a lowborn mercenary. Bronn must fight Ser Vardis Egen, a veteran and armored knight. In the fight, Bronn refuses to stand his ground, instead maneuvering around the room and using dirty tricks to tire Ser Vardis out until he kills him: 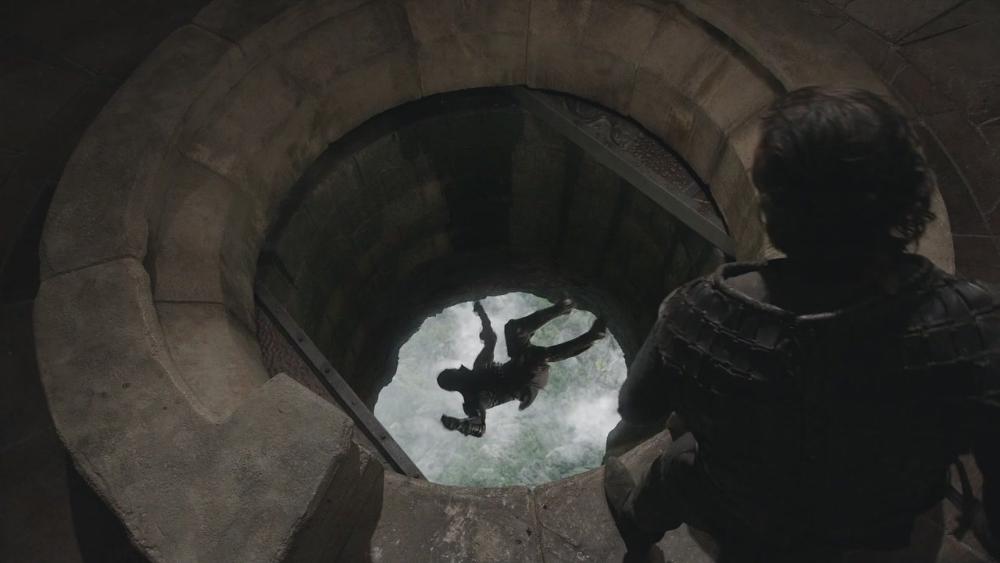 After the fight, Bronn is chastised by Ser Vardis’s lady, Lysa Arryn.

The message is direct: “honor” was an impediment to Ser Vardis, preventing him from doing what he needed to win, and contributing to his loss and death.

Fast forward to this week, the fifth episode of Season Four. The honorable protagonist Jon Snow is battling Karl Tanner, a former assassin who has mutinied from the Night’s Watch, enslaved a group of women, and proceeded to abuse and rape them extensively.

Over the course of the fight, Karl lectures Jon as he spits in his face, trips him, and uses other dishonorable tactics.

“You learn how to fight in a castle?” Karl says. “Some old man teach you how to stand, how to parry? How to fight with honor? You know what’s wrong with honor?”

No one replies to Karl’s final question. But the show answers it: as Karl stands over Jon Snow, ready to finish him off, one of the women Karl and his fellow mutineers had raped and enslaved stabs him in the back with a knife. This doesn’t immediately kill Karl, but it does distract him long enough for Jon Snow to do so, in gruesome fashion:

This doesn’t merely reflect a karmic comeuppance for Karl’s villainy. It’s a direct commentary on the value of honor, the counterpoint to Bronn’s argument in Season One.

Honor, the show indicates, can be a dangerous liability in a one-on-one battle to survive. Hence Bronn’s victory over Ser Vardis, and Karl’s near-victory over Jon Snow.

But the value of honor doesn’t come in individual situations like that. Honor is a social institution or compact that draws its power from a whole society following its rules. It represents society agreeing to proscribe certain tactics — as potent as they are — in favor of a more restrained clash. A world without honor is considerably more violent than one with even an imperfect form of it.

Hence Karl Tanner’s death. Karl’s lack of honor gave him the edge in a head-to-head battle with the honor-bound Jon Snow, but it was his fatal undoing in the context of a social group. Had Karl behaved honorably to Craster’s wives, they wouldn’t have turned on him at the end. What’s wrong with honor? Plenty. But Karl Tanner should have done more thinking about what’s right with honor, too.