Below you can find an extensive portfolio of my work over my entire professional career as a journalist, including articles as well as some graphics, photos and videos.

Some of my code and data can be found on my Github page as well as the Github pages I created for CityLab and the Pioneer Press.

My personal writings can be found at the main page of this website.

My history podcast, The Siècle, can be reached at thesiecle.com or wherever you get podcasts.

Right after the 2020 election, I launched COVID in Minnesota TODAY, an MPR News data newsletter about Minnesota's COVID-19 outbreak. I use graphs and data to explain the trends in cases, hospitalizations, vaccinations and more — including breaking down when the data is misleading, or when we just don't know what's going to happen. Unfortunately, there's no good web archive of each edition, but the May 6, 2021 edition is a good example of what the newsletter is like at its best — I estimate when Minnesota might reach 70 percent vaccinated (a threshold just announced by the governor), explain why the vaccination rate has been slowing and how this decline appears different from past dips, discuss whether Minnesota's recovery was slowing, and experiment with a new way of visualizing a common metric. (MPR News, 05/06/2021) 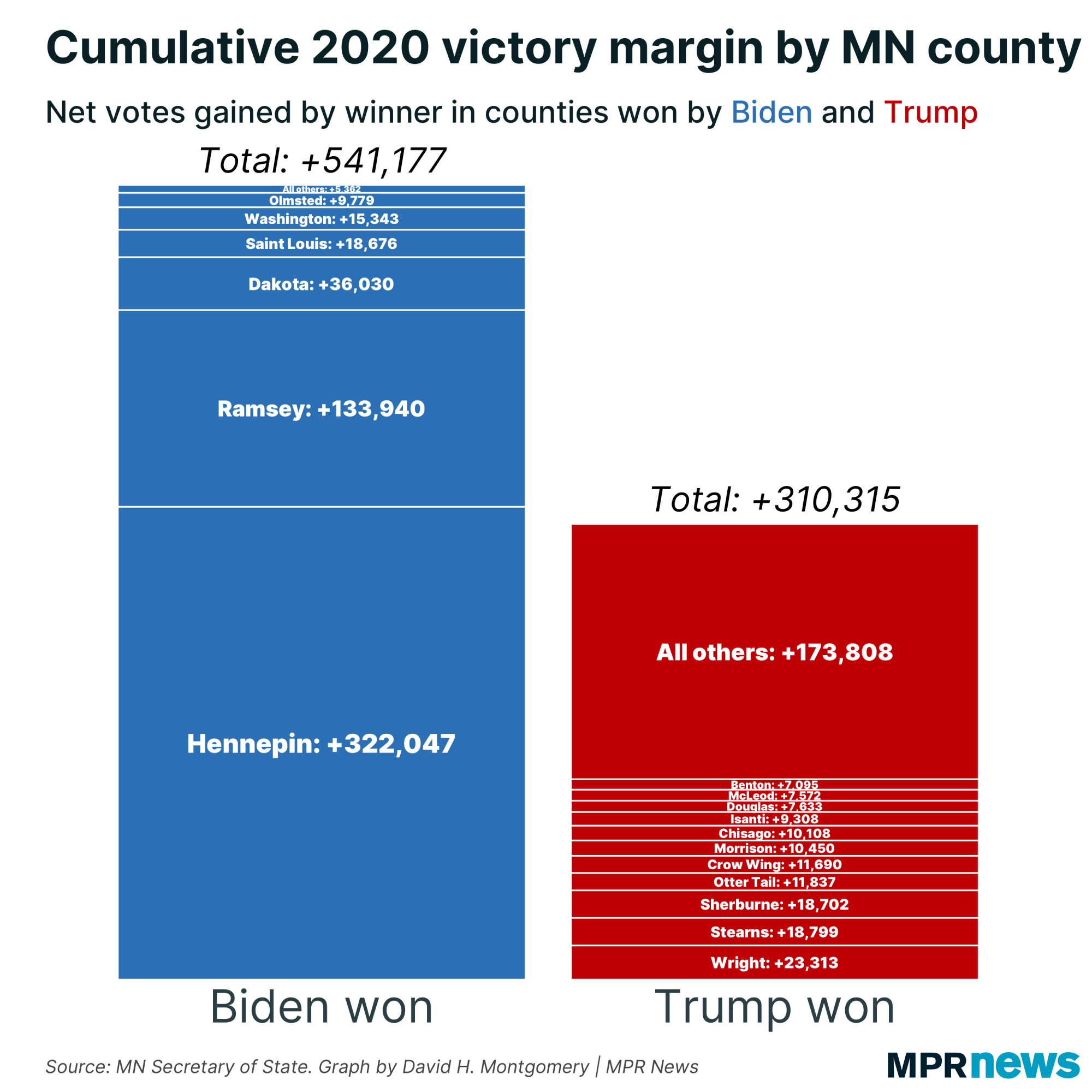 Despite Donald Trump replicating his unprecedented 2016 dominance in rural Minnesota, Biden racked up even bigger wins in Hennepin County on his way to a 7-point statewide win. But even as Biden won Minnesota comfortably, Republicans maintained control of the Minnesota Senate. It’s a split decision that highlights the electoral power of DFL voters in the Twin Cities metro — and the limits of that power. (MPR News, 11/05/2020) 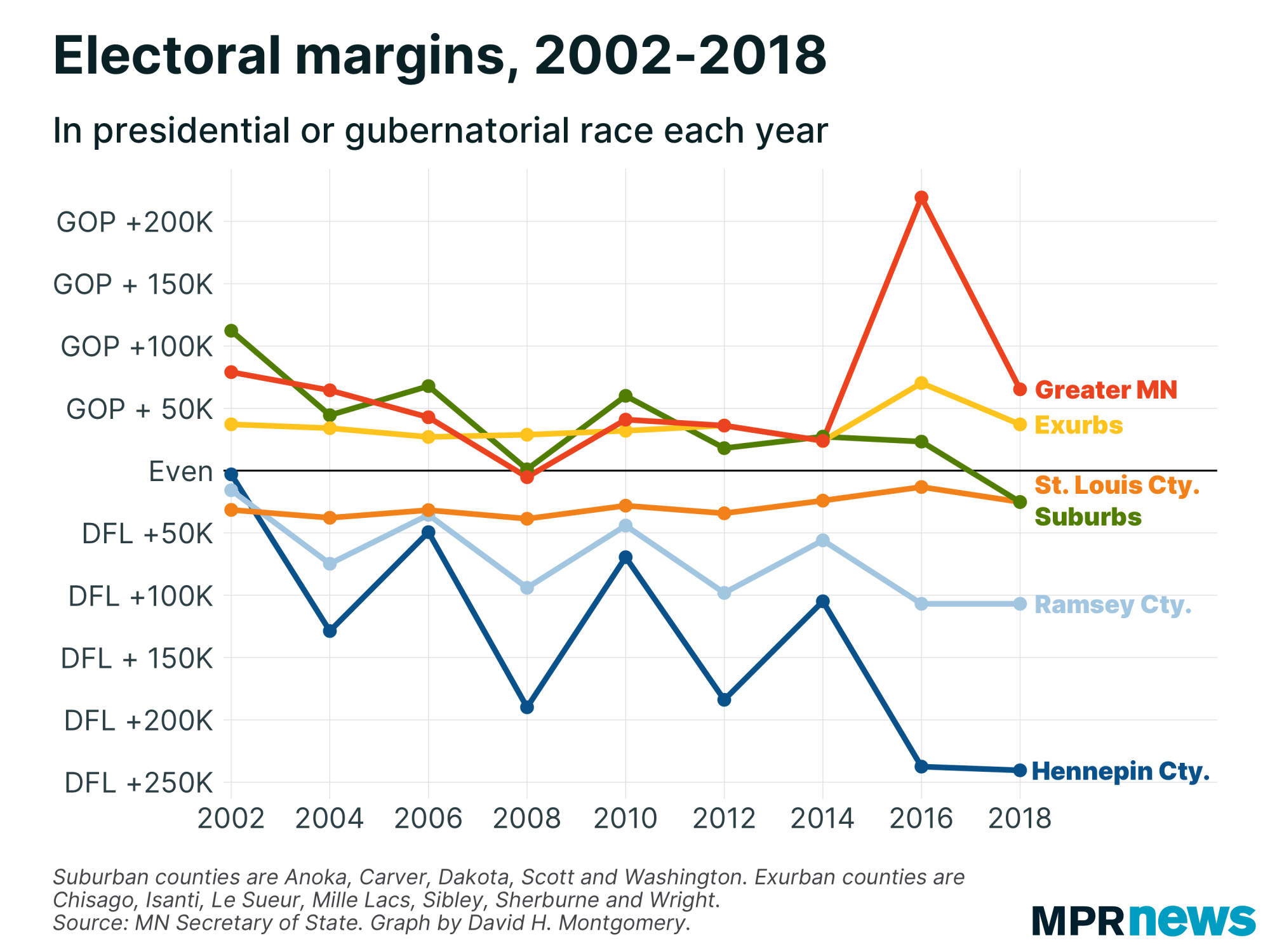 Donald Trump nearly won Minnesota by piling up unprecedented wins in rural areas, which were barely offset by Hillary Clinton's equally unprecedented strength in the Twin Cities. I break down the numbers to understand Minnesota's shifting political geography and what it might mean for the 2020 election. (MPR News, 10/29/2020) 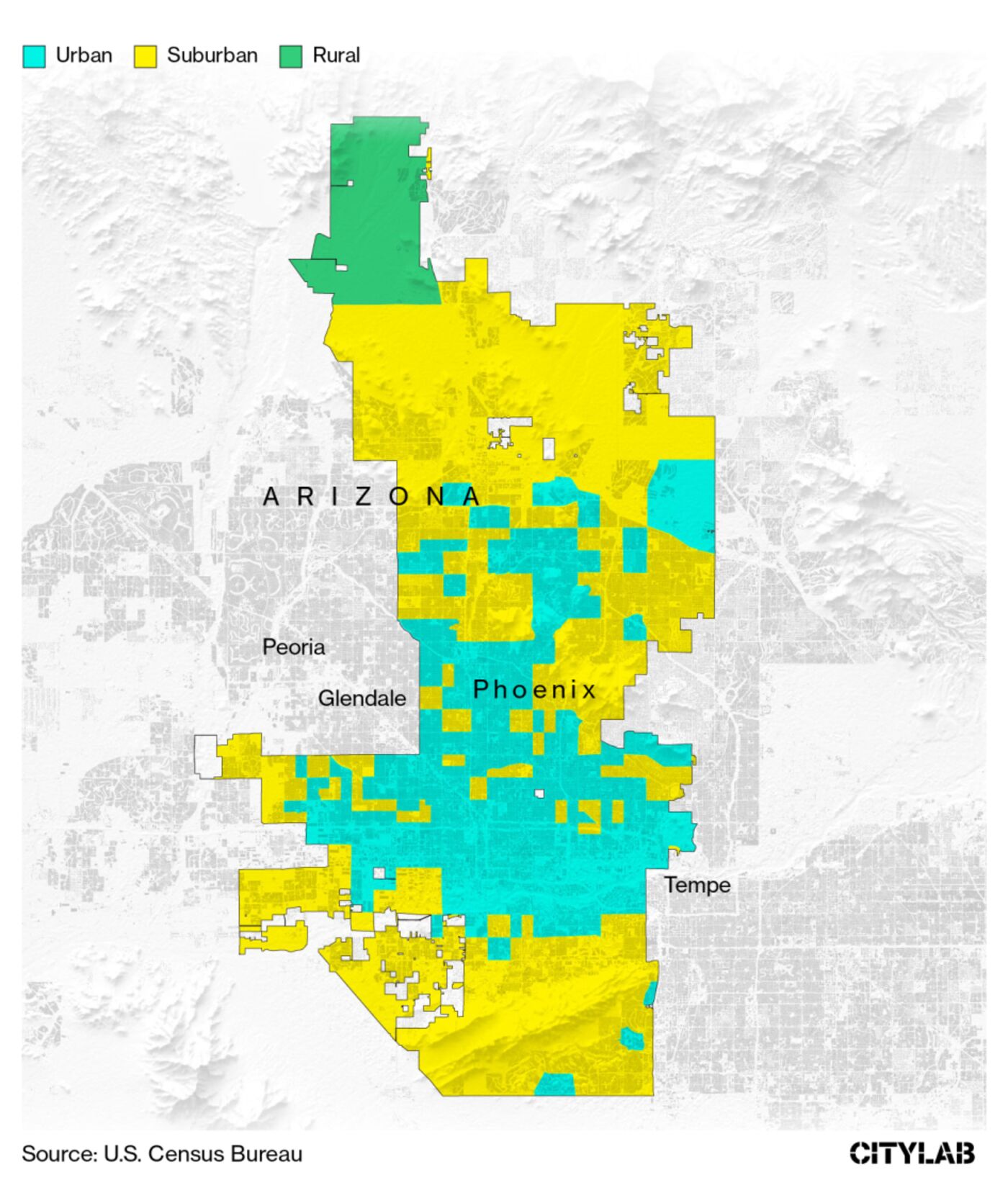 How to Tell If You Live in the Suburbs

The U.S. hasn’t had a formal definition for what constitutes a suburb. Some people define it by municipal boundaries, others by density or style of life. Where do you draw the line when a suburb flows into a city, or into the countryside? A new data analysis comes closer to defining America’s most popular neighborhood type. (CityLab, 07/20/2020) 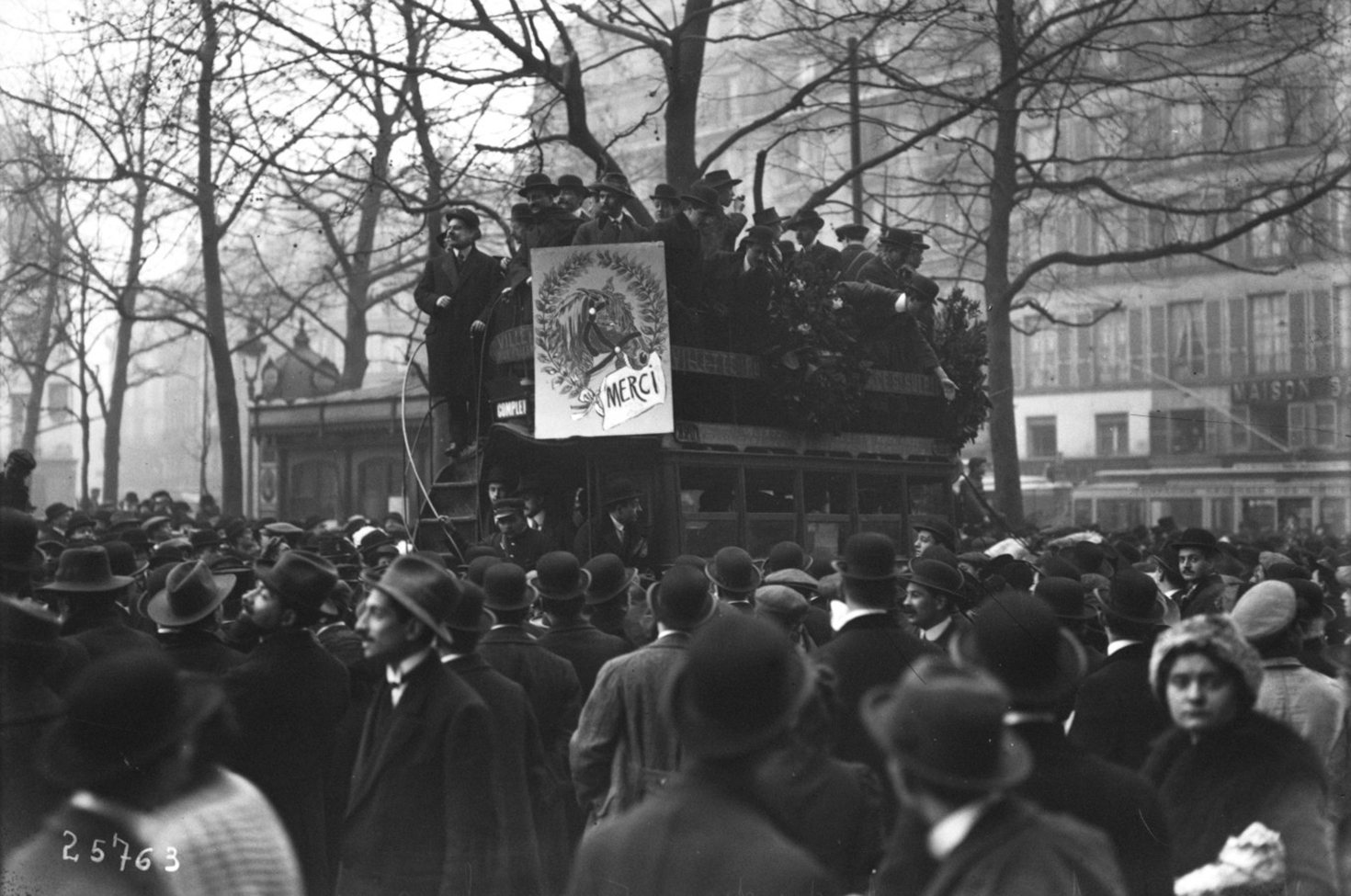 Since the 1820s horse-drawn carriages had been the backbone of public transit in Paris and other cities around the world. Today the humble bus is the workhorse of public transit, in the nineteenth century it was a novelty. Literary scholar Masha Belenky dubbed it an “engine of modernity” in her new book of the same name, which chronicles the cultural sensation that the omnibus was for nearly a century after its debut — the star of page and stage, and a symbol of the dramatic social and economic changes transforming Paris and France in the nineteenth century. Read my summary of the fantastic, forgotten life of the Parisian omnibus. (Lapham's Quarterly, 04/30/2020) 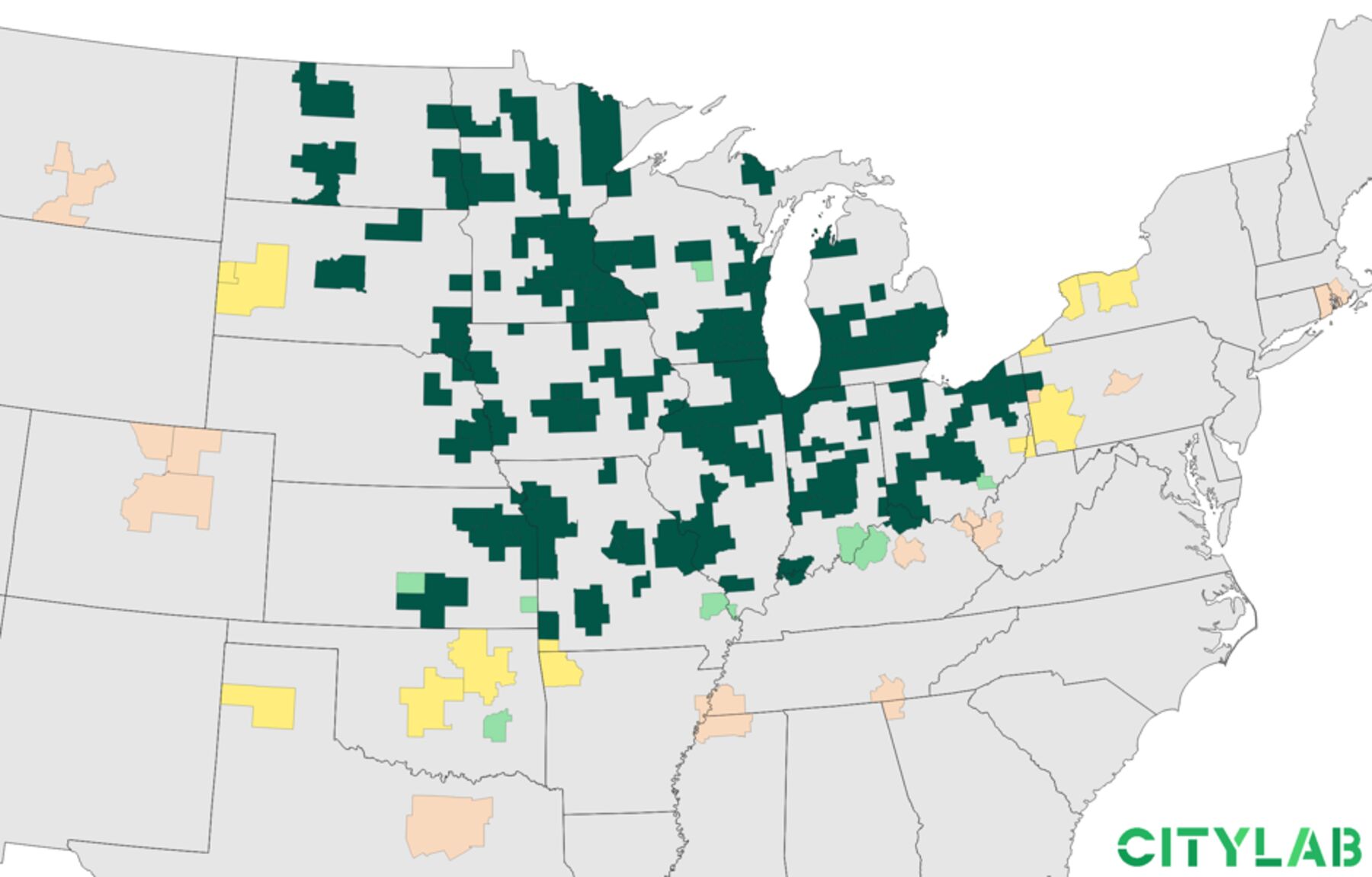 We Mapped the Midwest for You, So Stop Arguing

People love to fight about the boundaries of the region known as the Midwest. I went one better — I got data. After surveying more than 12,000 people about whether their homes were or were not in the Midwest, here are the results. (CityLab, 08/08/2019) 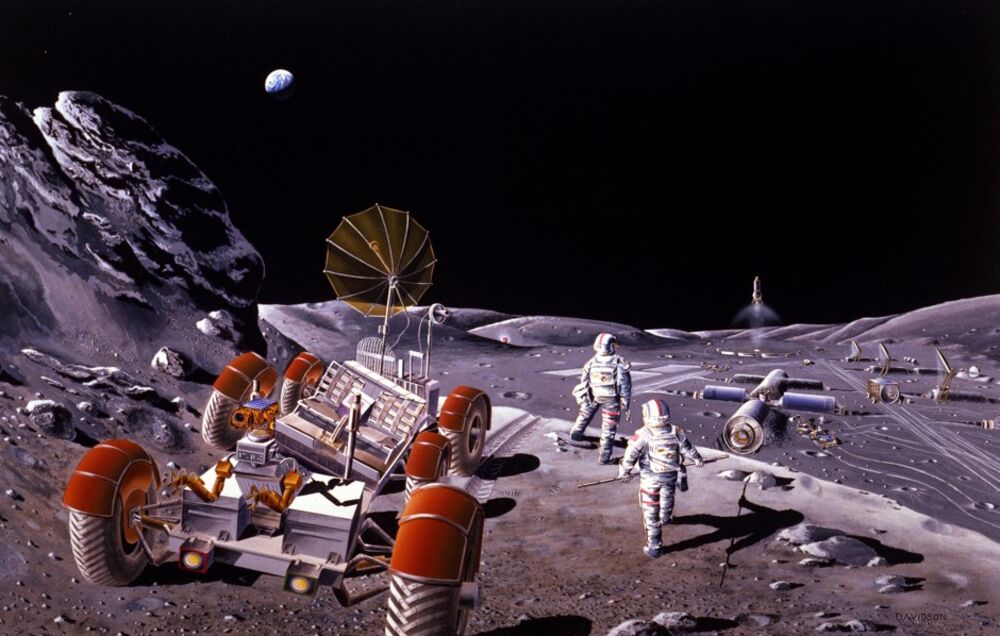 It's been 50 years. Why don't we have moon cities yet?

For the 50th anniversary of the Apollo 11 moon landings, I spoke to scientists, engineers, science fiction authors and other thinkers about why the midcentury dream of lunar cities hasn't come to pass — and what the prospects for future moon settlement are. (CityLab, 07/18/2019)

How 300 years of urbanization and farming transformed the planet

Long before power plants and cars began spewing massive amounts of carbon dioxide into the atmosphere, humans were having a massive effect on the Earth's climate. It was farming, not factories, that lay behind this earlier anthropogenic transformation of the planet. I visualized this change over 300 years using estimates from a team of scientists, and added context to the data through science and history. (CityLab, 01/09/2019) 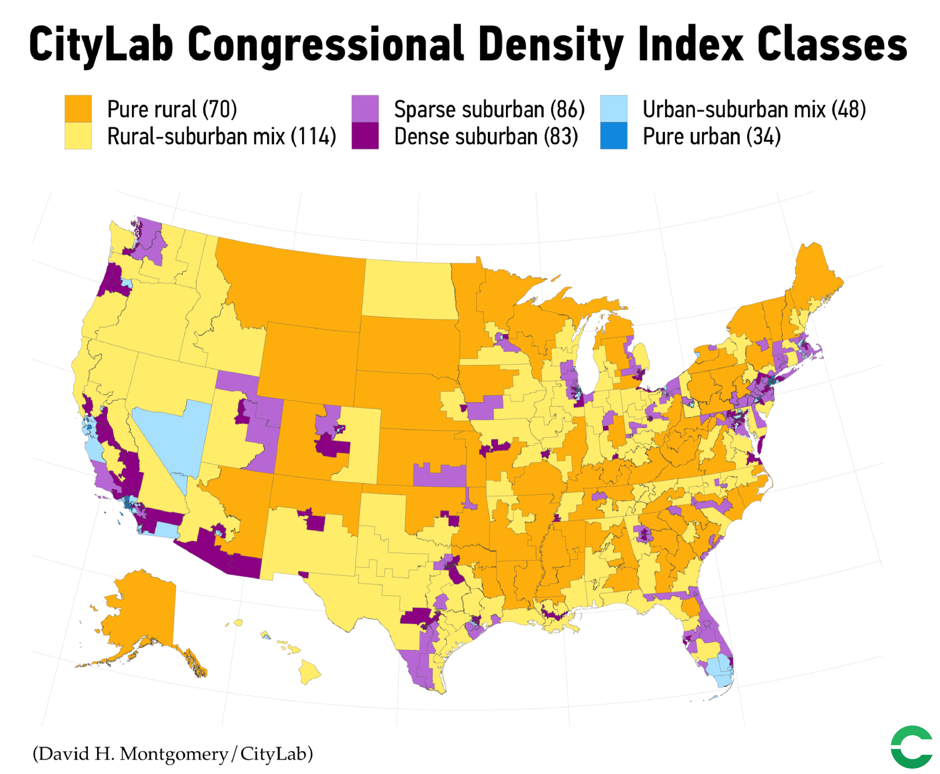 I created the CityLab Congressional Density Index, a novel way to categorize every U.S. Congressional District by how rural, suburban or urban it is. This tool let me — and many other major news outlets who used this same tool — quantify the much-discussed importance of the "suburbs" to the 2018 election, when Democrats ultimately won a House majority based on massive wins in suburban districts. See a host of articles using the CDI, as well as the raw data and the code I used to generate it. (CityLab, 10/05/2018) 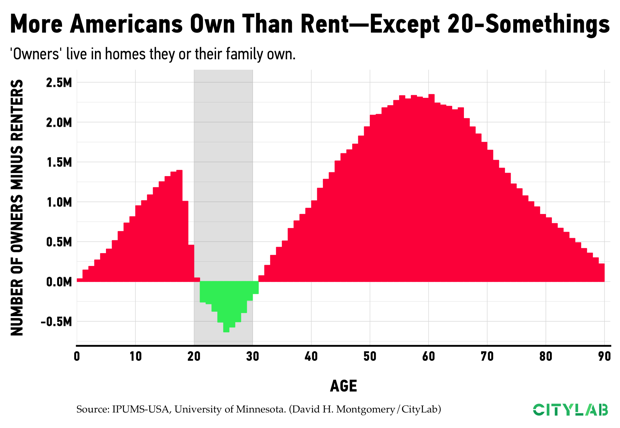 Who owns their home and who rents in America?

What factors influence who rents or owns a home in the United States? I crunched the numbers from the U.S. Census to identify the interlocking effects of age, race, income, time and more on homeownership. (CityLab, 08/08/2018) 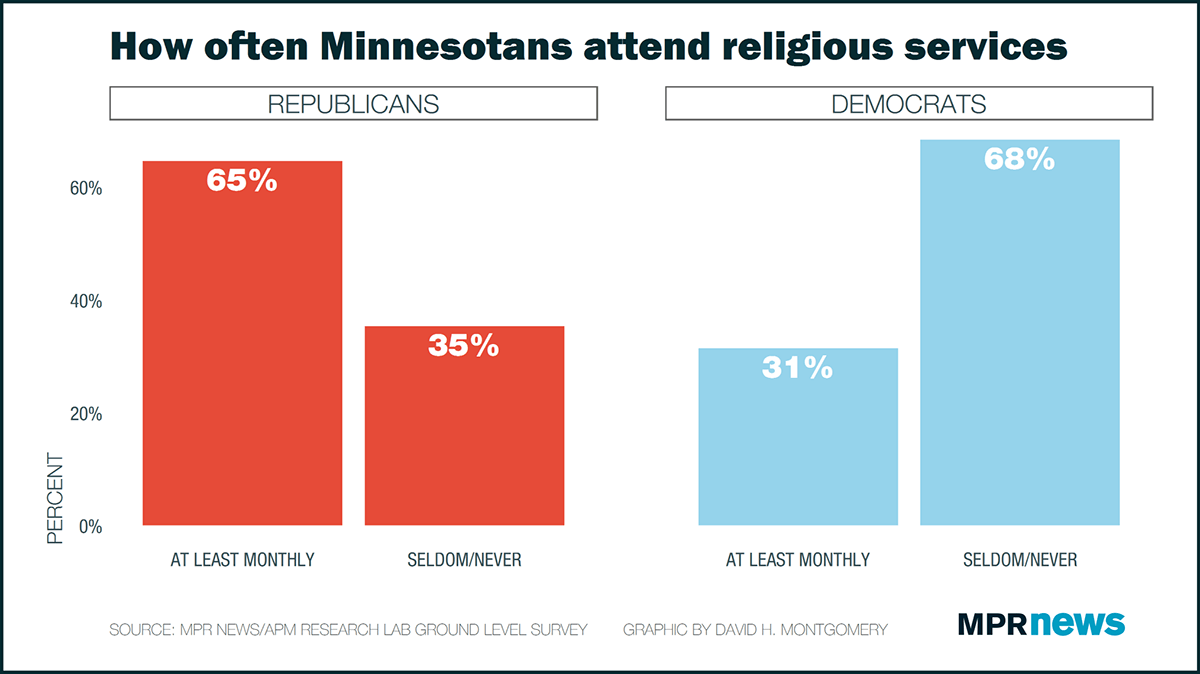 While Americans’ votes have always been affected by how they pray, today politics is equally affected whether someone prays at all. I explore this phenomenon using Minnesota survey data, outside research and interviews. (MPR News, 12/18/2017) 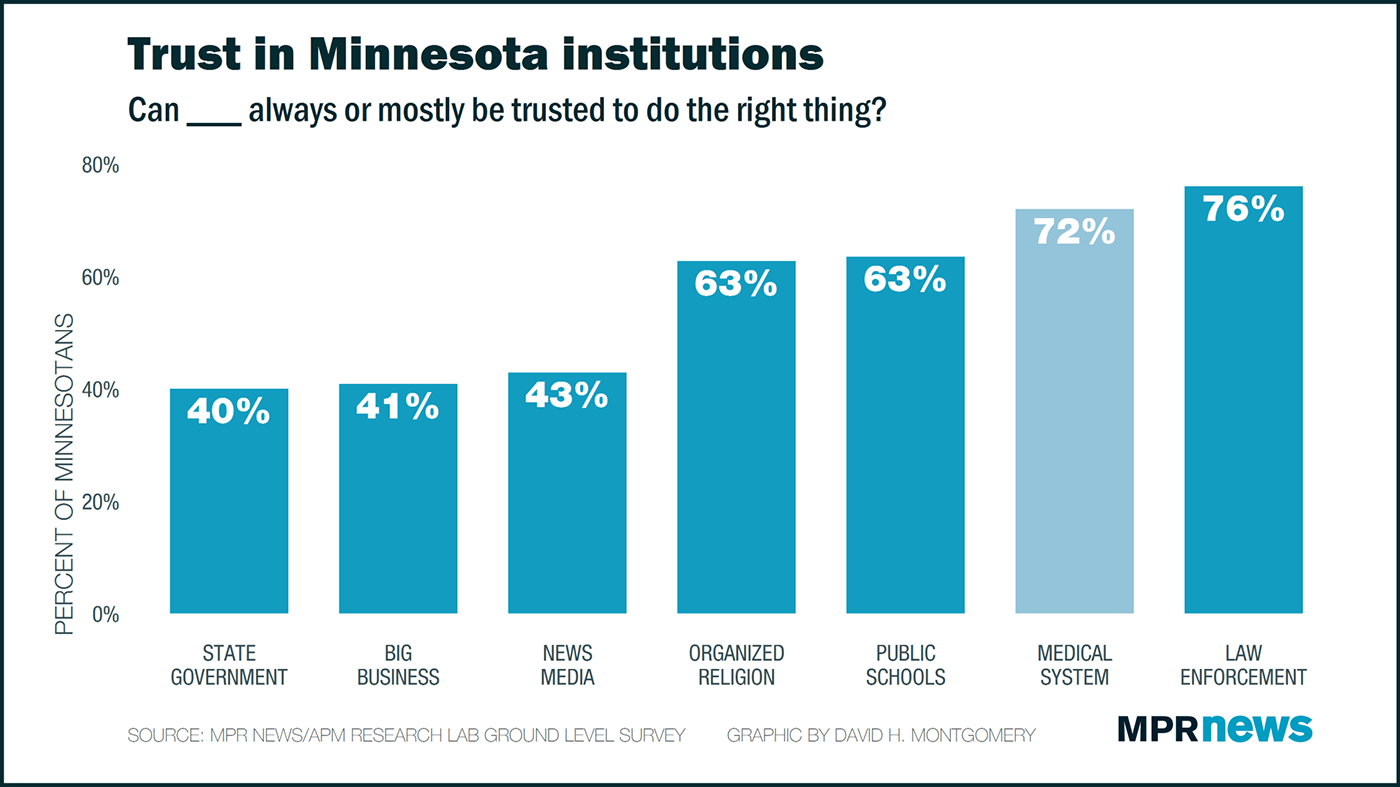 I analyzed and visualized key findings from a survey conducted by MPR News and the APM Research Lab of 1,654 Minnesotans about issues that united and divided the state. (MPR News, 11/13/2017)

How fast do you really have to go to get a speeding ticket? Are some people more likely to get a ticket than others? What time of day are most tickets issued? I analyzed 224,915 speeding tickets to answers these and other questions. (Pioneer Press, 8/13/2017) State's computer systems: Old, at risk... and pricey to fix

Minnesota lawmakers are looking for money in the budget surplus for cybersecurity and computer upgrades — but they’re competing with a lot of other requests. (Pioneer Press, 3/5/2017)

The lives that led them here

Analyzing partisanship and ideology in the Minnesota Legislature

Two different projects, both analyzing roll call data in the Minnesota Legislature. Each one uses data, static and interactive graphics and interviews with both lawmakers and experts to explain what the data shows about voting in the hyper-polarized Minnesota House of Representatives.

What the data says about the States of the State

I used a computer algorithm to analyze 147,000 words in all Minnesota State of the State addresses since 1969. Using a technique called “fuzzy c-means analysis,” I sorted governors into groups programmatically based on their word choices. Interviews with current and former gubernatorial advisors shaped out the story, which functioned both as analysis and as a preview to the 2016 address.

I created topographic maps of the Twin Cities and then spoke to experts on geology and human geography to explain the notable features on the map.

Minnesotans commonly conflate the state’s individual health care market with MNsure, the government-run exchange that has just one-sixth of that market. I clear up that misconception, and delve deeper into the question of why MNsure has such a low market share — arguably the lowest in the country. (Pioneer Press 10/12/2015)

Using data, maps and interviews, colleague Rachel E. Stassen-Berger and I lay out exactly how Democrats have improved their performance in the Twin Cities suburbs over recent decades. After smoothing out anomalies, such as three-way contests, uncontested races or disproportionately popular candidates, we showed that Democratic claims of suburban gains are real — though counteracted to a lesser extent by Republican gains in exurban areas. (Pioneer Press 09/27/2015)

Working with another reporter, I used interviews with experts and real people, data analysis and maps to explore the issue of algae blooms impairing Minnesota's famous 10,000 lakes (and many of its rivers, too).

Where Minnesota's livestock are

I made static and interactive maps showing the distribution of Minnesota’s livestock, and talked to experts about why this is the case. (Pioneer Press, 08/02/2015)

With Republicans and Democrats miles apart in their predictions of how much a crackdown on waste, fraud and abuse in public health programs will save, I talk to both sides and a range of experts to get to the bottom of how much Minnesota would actually be likely to save. (Pioneer Press, 04/30/2015)

With Republicans proposing to abolish the “MinnesotaCare” state health program for the working poor, I explain the program and the controversy so readers can understand and make up their minds about what should be done. (Pioneer Press, 04/17/2015)

Governors by their words

I digitized the text of all 39 State of the State addresses in Minnesota’s history and analyzed the word frequency patterns in each speech. The analysis identified quirks (one governor loved to talk about kitchens) and trends — Republicans said “families” and “crime” more often, while Democrats said “people” and “tax” more often. (Pioneer Press, 04/11/2015.)